Back to Articles | « Previous | Next »
Home » Climate change: Amazon may be turning from friend to foe

Climate change: Amazon may be turning from friend to foe 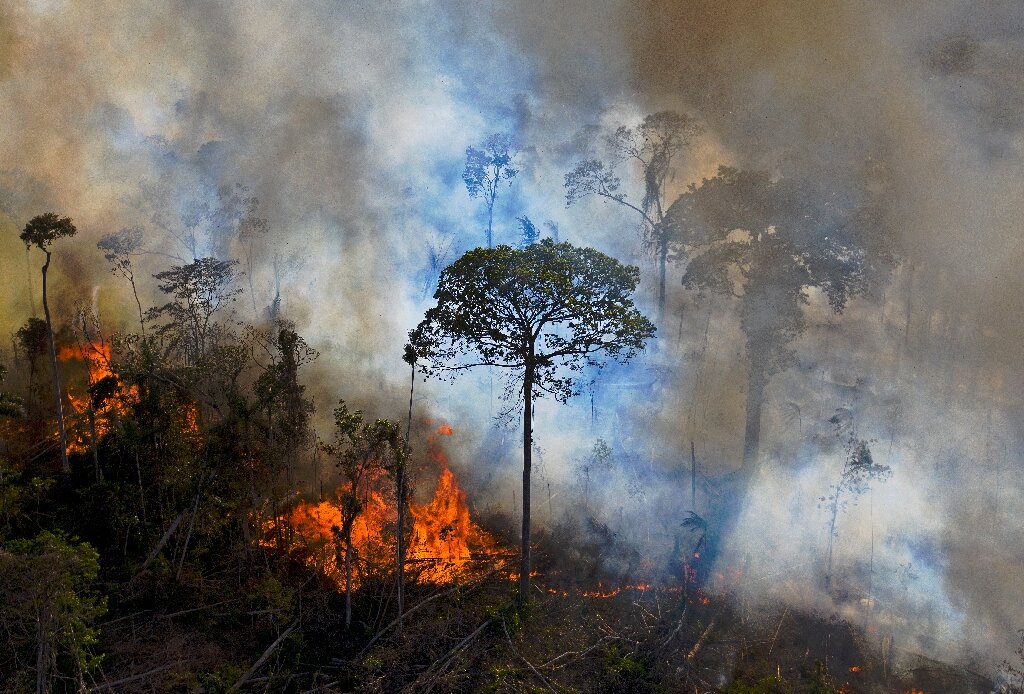 Climate change: Amazon may be turning from friend to foe

The Brazilian Amazon released nearly 20 percent more carbon dioxide into the atmosphere over the last decade than it absorbed, according to a stunning report that shows humanity can no longer depend on the world's largest tropical forest to help absorb manmade carbon pollution.

From 2010 through 2019, Brazil's Amazon basin gave off 16.6 billion tonnes of CO2, while drawing down only 13.9 billion tonnes, researchers reported Thursday in the journal Nature Climate Change.

The study looked at the volume of CO2 absorbed and stored as the forest grows, versus the amounts released back into the atmosphere as it has been burned down or destroyed.

"We half-expected it, but it is the first time that we have figures showing that the Brazilian Amazon has flipped, and is now a net emitter," said co-author Jean-Pierre Wigneron, a scientist at France's National Institute for Agronomic Research (INRA).

"We don't know at what point the changeover could become irreversible," he told AFP in an interview.

The study also showed that deforestation—through fires and clear-cutting—increased nearly four-fold in 2019 compared to either of the two previous years, from about one million hectares (2.5 million acres) to 3.9 million hectares, an area the size of the Netherlands.

"Brazil saw a sharp decline in the application of environmental protection policies after the change of government in 2019," the INRA said in a statement.

Brazilian President Jair Bolsonaro was sworn into office on January 1, 2019.

Copyrights of the Climate News articles belong to the respective Media Channels.
This Climate News portal is non-profit and politically non-dependent forwarding readers to The Current Global Climate News